Travelling under your new married name 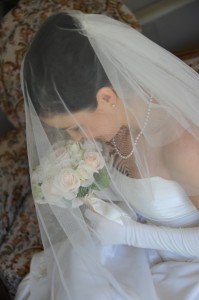 I read recently about a newly-married bride who was planning to fly to South Africa to attend a wedding. When booking the tickets by phone, the bride – obviously enjoying her new title – booked her ticket in her married name. She then realised that her passport and green card were in her maiden name, and that there would be no time to change them before they left the USA. An airline representative told the newly-wed that South African Airways would issue a refund, but minus a 25% administrative fee ($400). She would then have to buy a new, and probably more expensive, ticket. And there was no guarantee that she would get a seat on the same flight as her husband.

Fortunately for her, her father approached Christopher Elliott (ombudsman at National Geographic Traveler Magazine in Washington) for help, and when he contacted SAA on her behalf, to their credit, they agreed to reduce the cost to $50. As this is not the first time this has happened, I thought I would share with you the following suggestions, offered by Chris Elliott, to help you avoid name-related errors:

‘Hiring a travel agent is the most obvious. Although an agent will charge a ticketing fee, you can be sure that a competent travel professional will get your names right. They’re also well connected, so that if something does go wrong, they can usually negotiate a name change at little or no cost.

You can also book online instead of by phone. That’s your next-safest option, because you’re given several opportunities to review your name, and most airlines also have warnings that the name on your passport has to match the name on your ticket.’

He also said that the situation could have been worse had the bride in question tried to fly under her original ticket, using her marriage certificate as evidence that her name had been legally changed. That might have got her onto the plane, but she may not have been allowed back into the USA – a much bigger problem!