Questions to ask before marriage

I’ve always loved the expression used by a firm of attorneys, who in emphasising the importance of an antenuptial contract, stated on their brochure: “Marriages may be made in heaven but they have to be lived on earth”.

While fortunately many couples may follow their advice and draw up an antenuptial contract before their wedding, there are lots more important issues that could affect their future life together that need to be discussed as well but sadly some choose to sail into marriage with scant regard for these and focus all their energy on planning their big day.

Because in today’s disposable society it is acceptable to change jobs frequently, it is alarming at how this attitude is becoming apparent in regard to marriage with way too many couples calling it quits before even two years are up.

Kim Kardashian’s 72-day foray into marriage alarmed many, but it’s not only amongst US celebrities that this happens.

One Cape Town attorney told me that the antenuptial contract he had drawn up for a couple had not even been received back from the Deeds Office before they were enquiring about getting divorced! 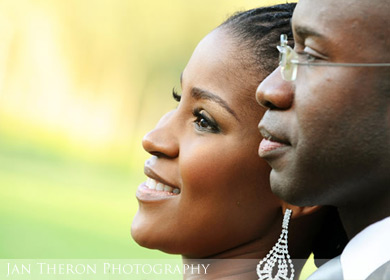 Where will you live?

It is quite common today to marry someone from another country and before you do so it is important to discuss where you plan to live after your marriage or in the future.

In Kim Kardashian’s case she supposedly said that they got so caught up in planning their spectacular wedding that they failed to arrive at a decision before their marriage as to where they were going to live after it. Apparently she wanted to stay in LA near her family while Kris Humphries was under the impression that she knew he wanted to live in his home-town of Minnesota.

Pre-wedding jitters are a natural phenomenon and happen to most brides. It is not unheard of for brides to feel they can’t go through with the marriage but often they are concerned about the expense involved it calling it all off. A business associate told me that her daughter had decided to call off her wedding a few months before the chosen day because, after buying a house with her fiancé and moving in with him, she realised that marriage to him was never going to work. It was a brave decision on her part and although difficult to do, it was probably a lot less costly and painful than a divorce would have been. Another bride confessed that she realised on her honeymoon that she had made a mistake. She said she didn’t enjoy telling her father this as he had outlaid over R200 000 on her lavish wedding!

How will you handle money matters?

There are many, many reasons couples give for splitting up and by far one of the most common is disagreement about money matters. Financial experts say that pre-wedding discussions should focus on how the couple’s combined income will be spent. Who is going to be in charge of making all the payments; how will the incomes be apportioned.

They also say that it is advisable to discuss where you would like to be financially in five or ten year’s time. Are you planning on opening your own business? Have you discussed the stress this can cause in your relationship?

I recently watched a documentary about former British Prime Minister Margaret Thatcher and I loved the way she informed her husband when he proposed to her that she planned to go into politics so he had better get used to the idea! At least he knew what he was in for and they remained married for nearly 52 years.

What about the children?

Another important issue to discuss is whether or not you would like to have children and if so how many you would like. If you are unable to have your own, what are your feelings on adoption. Another important point, especially if you are marrying someone from a different faith to yours, is how do you plan to raise your family. Many were surprised by the news recently that after five years’ of marriage, Katie Holmes and Tom Cruise were getting divorced. They had seemed like the ideal couple and so speculation was rife as to the cause of the breakdown in their marriage. The most common view is that the couple disagreed about the religion that their daughter should be raised in as Tom is an ardent follower of Scientology and Katie was raised as a Catholic.

I know there are many, many more questions one could ask each other ranging from ‘Will we have a TV in the bedroom’ to ‘What does my family do that annoys you’ but hopefully this article will provide a bit of food for thought and prompt you into talking to each other about other issues that may be bothering you. Don’t wait until after you are married to iron out any problems you may have in your relationship – being married is not going to make them go away!

I think though the secret of a happy marriage was summed up by a four year old whom when asked whom she was going to marry one day replied: ‘I don’t know who I will marry, but it must be someone who makes me laugh!’ I couldn’t agree more with her as often the ability to share the funny side of stressful situations can put them into perspective.

We’d love to hear what other questions you are planning to ask before you marry. Email us at info@pamblackweddings.com.