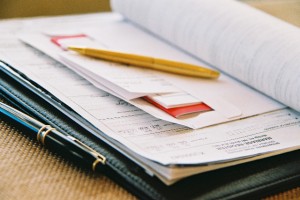 In November 2006, South Africa made world headlines when it became one of the few countries in the world (and the first in Africa) to legalise marriage between two people of the same sex.

I have recently received some interesting questions regarding the new Civil Unions Act and thought I would share them in case others are experiencing the same problems.

A. In terms of the provisions of the Civil Union Act, anyone 18 years or older may enter into a civil union.

On Sunday 1 July 2007 sections of the Children’s Act No 38 of 2005 came into effect. This means that 18-year-olds in South Africa are allowed to enter into legally binding contracts without the permission or input of their parents and can get married, sign, employment contracts, apply for housing or litigate in their own name.

Q. My partner and I are gay and would like to marry later this year. Unfortunately, to date we have been unable to find a Marriage Officer qualified to conduct the ceremony. I have heard that Marriage Officers have to write a new exam before they can conduct Civil Unions – is this correct?

A. I agree that you have a problem. This is due to the fact that, as many religious bodies in South Africa are not in favour of the new law, the majority of ministers in this country have not applied to write the exams. However, all State officials who have already been designated as Marriage Officers in terms of the Act, have the authority to carry out these marriages. Due to the lack of Marriage Officers able to perform civil unions, most of these ceremonies are taking place at the Department of Home Affairs – which, unfortunately, tends to be fully booked for months in advance. I have recently heard that certain Magistrates in Cape Town are prepared to marry couples under the new Act, but haven’t as yet been able to verify this. Still, it might be worth your while to contact your local Magistrates’ Court.

Q. Do you know if I would be able to take my boyfriend’s surname after we get married under the Civil Union Act?

A. We consulted attorney Grant Wiid regarding this question and he replied as follows: according to The Births and Deaths Registry, Act 51 of 1992 it is clear that when a woman marries a man, she may take on his name or she can retain any of her former surnames. A man, however, does not automatically have this right. He must apply to the Director General Home Affairs for a change of surname.

The Civil Union Act 17 of 2006 has now legalised same-sex marriages in South Africa. Section 13 of that Act provides that anywhere in the common law or in statute where there is made mention of “husband”, “wife” or “spouse, one is to read this to include a civil union partner. The difficulty is that the Births and Deaths Registry Act refers to “man” and “woman”. This means that the provisions of the Births and Deaths Registry Act relating to the assumption of alternative surnames do not necessarily fall within the ambit of the Civil Union Act.

Enquiries at the Department of Home Affairs in Cape Town indicate that the Department may be taking a practical approach to the issue of change of surnames in respect of same-sex marriages. A married woman can confirm her change of surname by making application for a new identity document reflecting the surname of her husband. She apparently requires her marriage certificate and needs to complete form BI-9. We are told it takes two to three months to process the application. Should a husband wish to take on his wife’s surname (or should any person wish to change his surname for whatever reason), he requires an affidavit indicating the reason for the requested change of surname and must complete form BI-196. It apparently takes approximately 8 to 12 months to process the application

On enquiring about a civil union partner to a same-sex marriage taking on his/her new partner’s surname, we were advised that he/she can apply in the same manner as a wife applying to take on a husband’s surname.

However, in the past we have received conflicting replies from officials at the Department to the same query, not necessarily relating to change of surnames. In the circumstances, I would suggest that anyone wishing to change their surname first contact the office of the Department of Home Affairs in their area to confirm what documents they require in order to complete the application relevant to them and also what the costs will be.

On the one hand it seems as though the Civil Union Act cannot fully be given effect to in this particular case, but on the other hand, it seems as though Government officials are taking a practical approach to its implementation. It would be surprising if the legislature attempted to make the influence of the Civil Union Act as far-reaching as possible in its wording of the Section 13 of the Act, only to deny partners to a same-sex marriage the simple right to take on one another’s surname. One would hope that this was a mere oversight on their part in their haste to enact this law.