Colin proposed on his 30th birthday on the 11 November 2013. After I surprised him with a birthday cruise and lunch at the V&A Waterfront, we headed to Muizenberg to play putt-putt, one of our favourite pastimes. At the 11th hole I was excited as I was only hitting 2 shots to sink the ball. Once I got closer to the hole, I noticed a box in the hole. As I picked the box up, Colin knelt and said he loved me very much and asked if I would be his wife. I said yes but hurriedly as I didn’t want us to hold up the other putt putt players. He managed to sneak a smaller cooler bag with champagne and 2 glasses and by the 12th hole we were toasting and celebrating our engagement. I fell inlove with Eensgezind in Durbanville and we visited the venue 2 weeks later there. All there were fully booked for 2014 so we opted for the first Saturday in 2015. 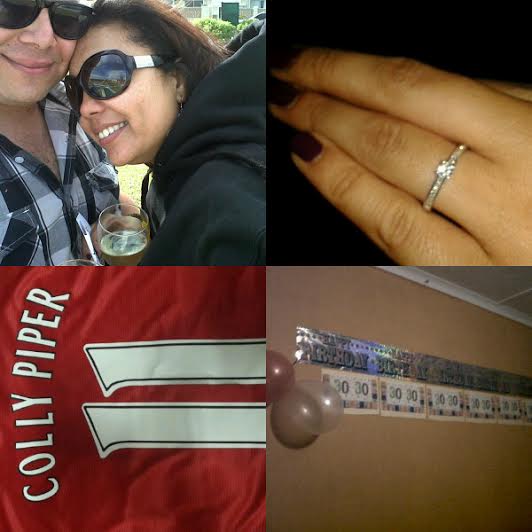