Recently on SKY News scenes were shown of what was classed as the largest fire in the UK Midlands. The blaze at a recycling factory caused damage estimated at £6 million pounds and 200 fire fighters were called in to battle the inferno, which was expected to take three days to extinguish. CCTV cameras at the factory had shown a Chinese sky lantern landing at the scene minutes before the fire started.

I have personally always found these lanterns alarming as while some may think they look pretty floating up in the sky, the old adage of ‘what goes up must come down’ certainly applies to them. Sadly for the environment, these miniature hot air balloons are gaining in popularity and many couples in this country are choosing to light them to celebrate their weddings. 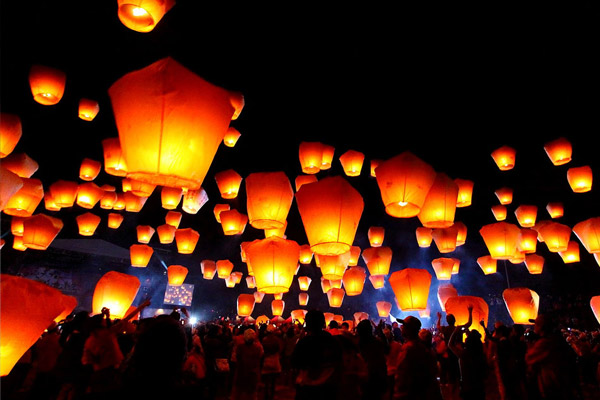 I like to think that they have been taken in by their novelty appeal and are not aware of the fact that that worldwide sky lanterns:

Once whilst staying at a sea-side flat over the festive season I got to witness first hand just how dangerous these lanterns can be. On the beach opposite where I was staying a group of people had lit some of these lanterns but due to the direction of the wind, instead of flying out to sea, the lanterns headed inland. When we saw the first lantern heading our way there was a wild scramble to close all the windows. Fortunately, at the last minute, it rose up and sailed over the block of flats. Unfortunately, whoever was lighting them on the beach wasn’t concerned that they were heading straight, for a tinder dry Lion’s Head, and not out to sea and kept on lighting them!

Fires are a very real threat in this country, especially in areas experiencing droughts and there are often warnings on the radio and in the press about the importance of extinguishing braai coals and the dangers of throwing stompies out of car windows. Having witnessed these sky lanterns close up, I am fully aware of the significant dangers they pose and I would like to encourage couples planning their weddings to think twice before choosing to release sky lanterns on their wedding day and to instead take into consideration the effect they have on the environment and risks to others.

What are your views on the subject? We’d love to hear from you.